The History and Museum Society (GMV) has a long tradition in Alsfeld. It was founded on September 9, 1897 by citizens of Alsfeld as the “Geschichts- und Alterthumsverein”.
At that time, the founders wanted to oppose the repeated sale of “municipal antiquities” and thus made it their task to preserve valuable sources and cultural assets of Alsfeld’s history for posterity. 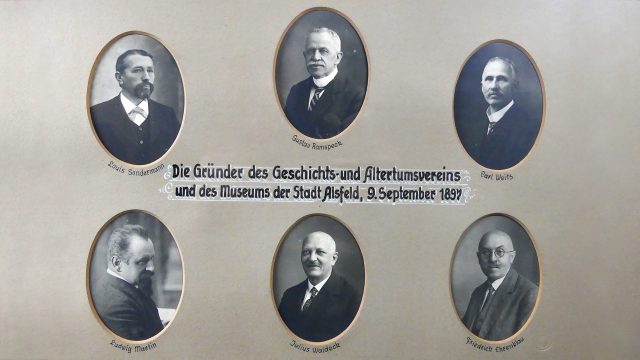 It has a broad and multifaceted collection of more than 10,000 exhibits. The archive and library contain rich sources and literature on Alsfeld’s history, and the GMV’s Mitteilungen – the series of publications in which the association’s extensive research work is published – are known beyond the region. The GMV thus manages Alsfeld’s cultural memory. And here, too, there is cause for celebration. Because in 2022, not only the town of Alsfeld will be 800 years old.

The history and museum association is also celebrating 2022 its anniversary: 125 years of GMV!

With lectures, excursions, exhibitions and publications, the GMV helps to preserve and develop the historical and cultural awareness of the region. Since 1902, regular newsletters on many relevant topics have been published, free of charge for members of the History and Museum Society.